Pirates of the Carribean

PotC: Isles of War is a RPG where players engage in naval battles. Assemble your fleet and set sail into the Caribbean, which is occupied by both NPC fleets and the islands that other players call home. Battle in PvP and join a guild in order to conquer the Carribean.

The volume of assets needed for Facebook and Mobile (Adobe Air) was such that I developed tools in Photoshop using java-script to streamline the process. With one psd per screen, we were able to export all asset sizes and rebuild multiple flash files for various devices/layouts.

Layers and groups in the psd could simply be named with .png or .jpg and be exported. The scripts gave us the ability to export at different bucket sizes (100%, 50%, 30%, etc.). In addition to that it generated an xml that contained each image's x,y,width,height values and recorded all text field properties.

Another java-script tool in Flash imported the xml and rebuilt the layout with movie clips for images and re-created all text fields.

These scripts were developed while Photoshop CS5 was available. Photoshop CS6 and above has since built in this functionality. 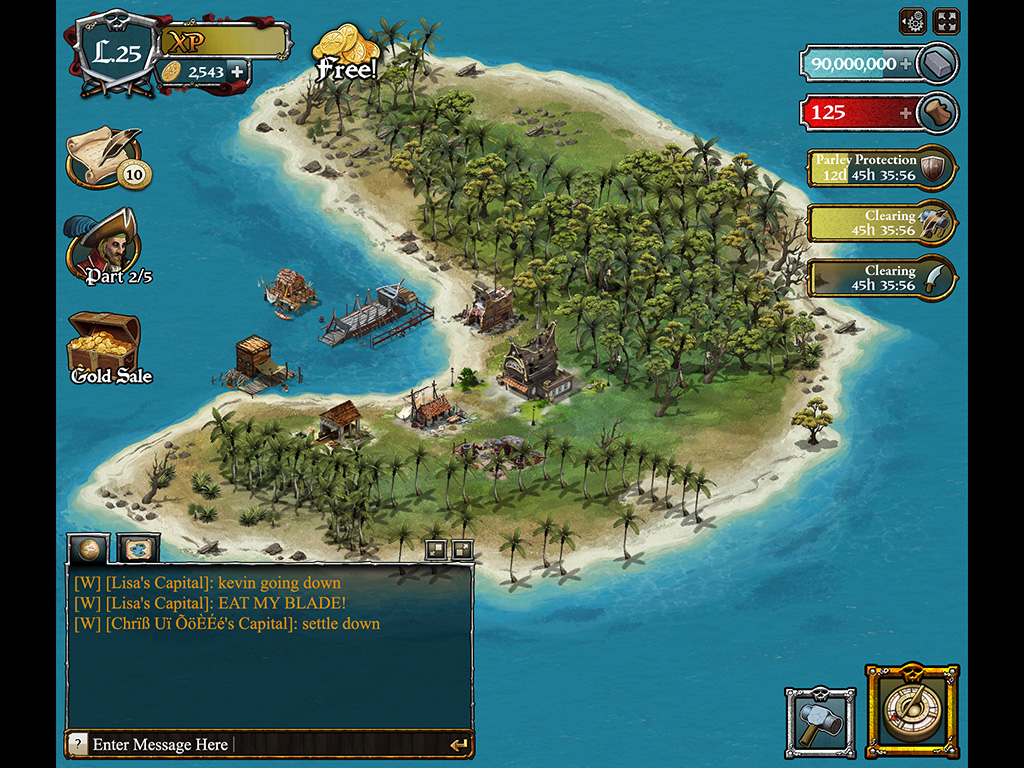 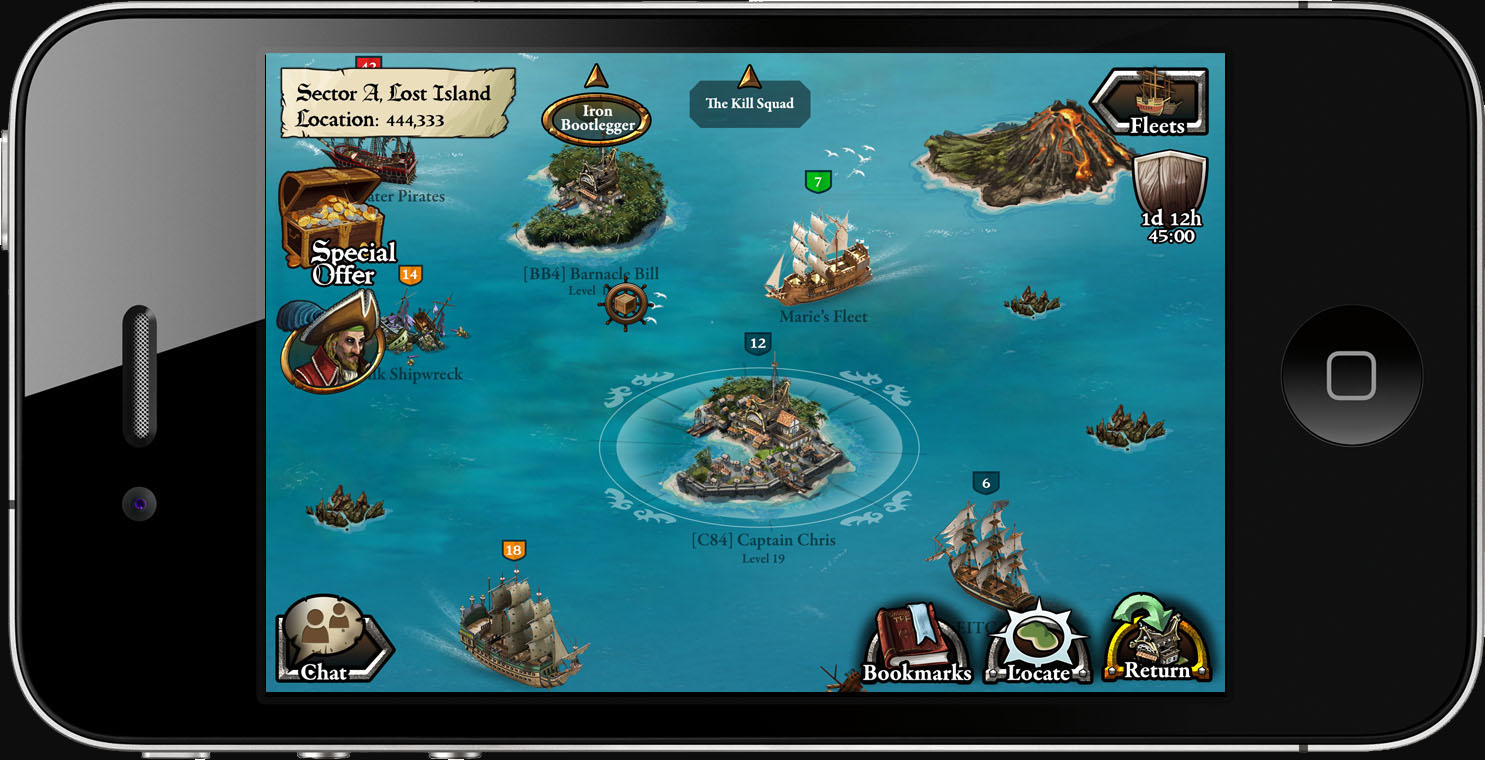 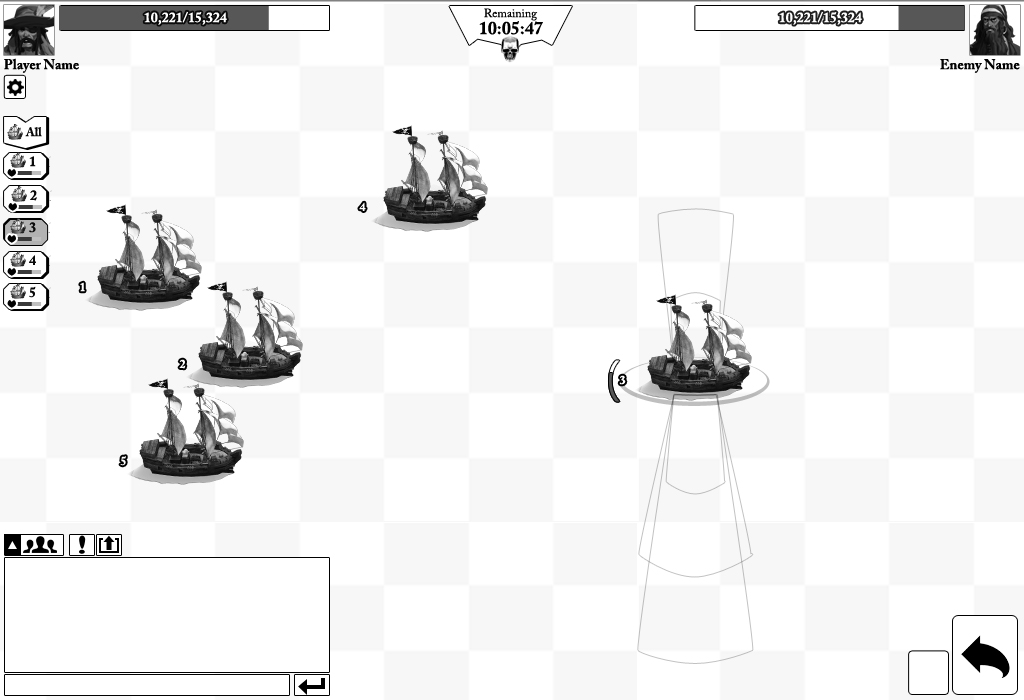 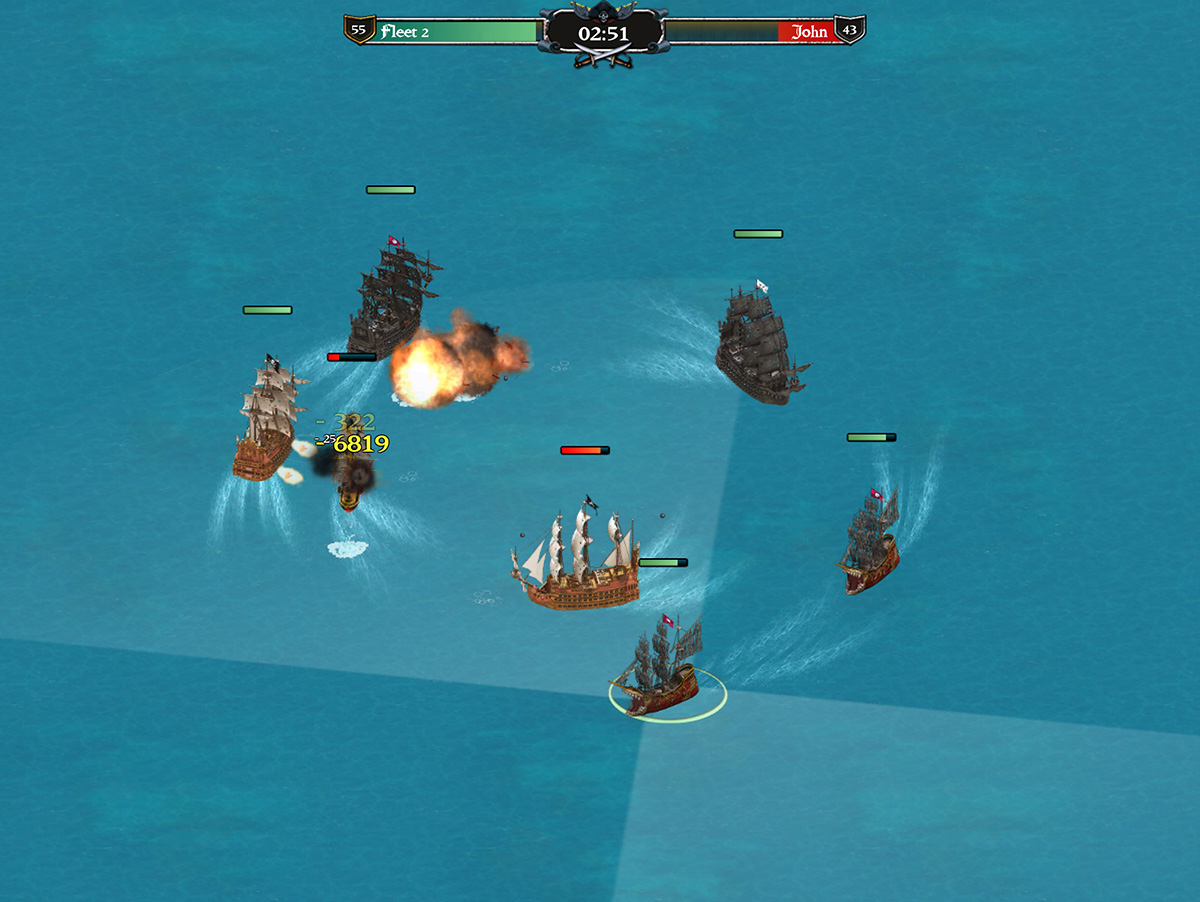 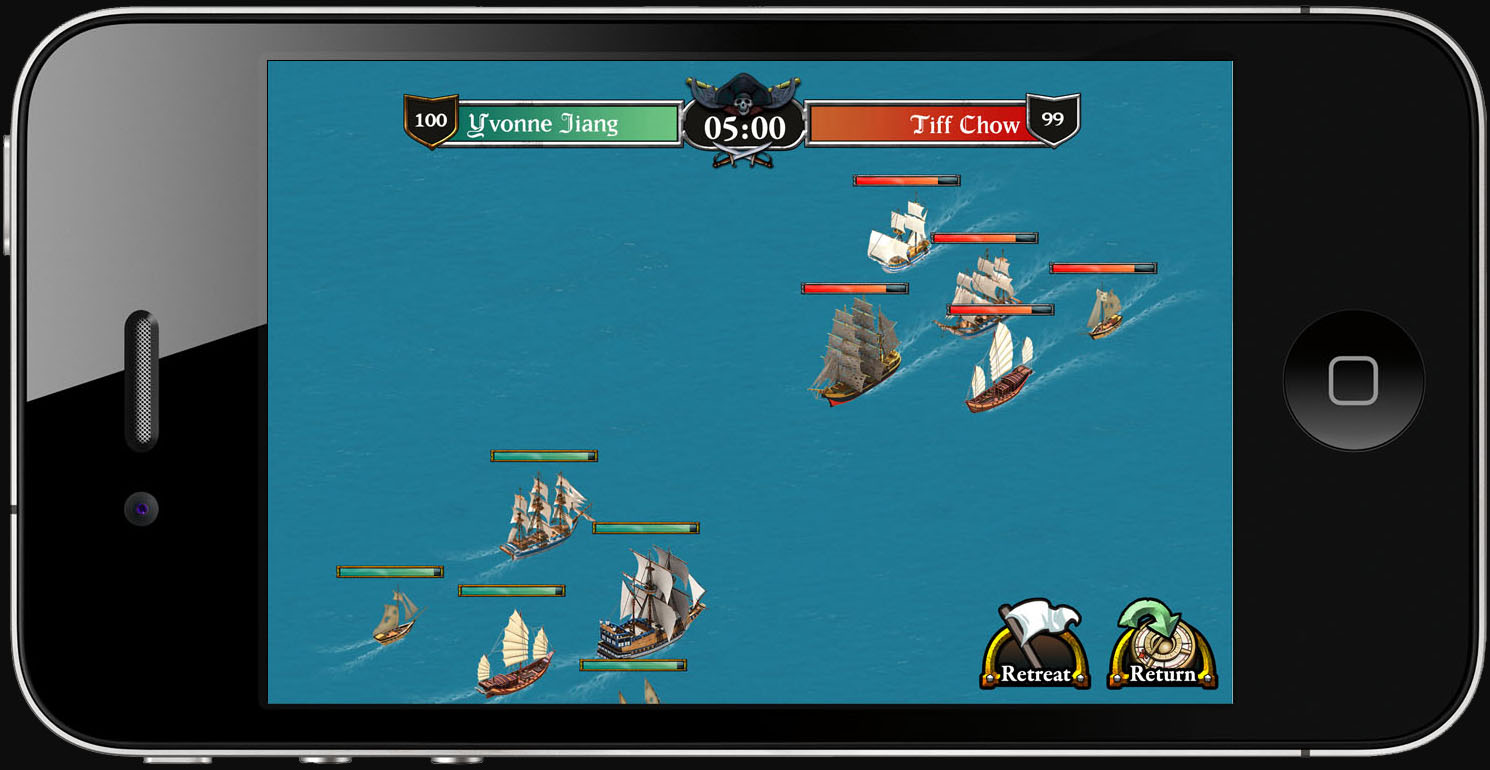 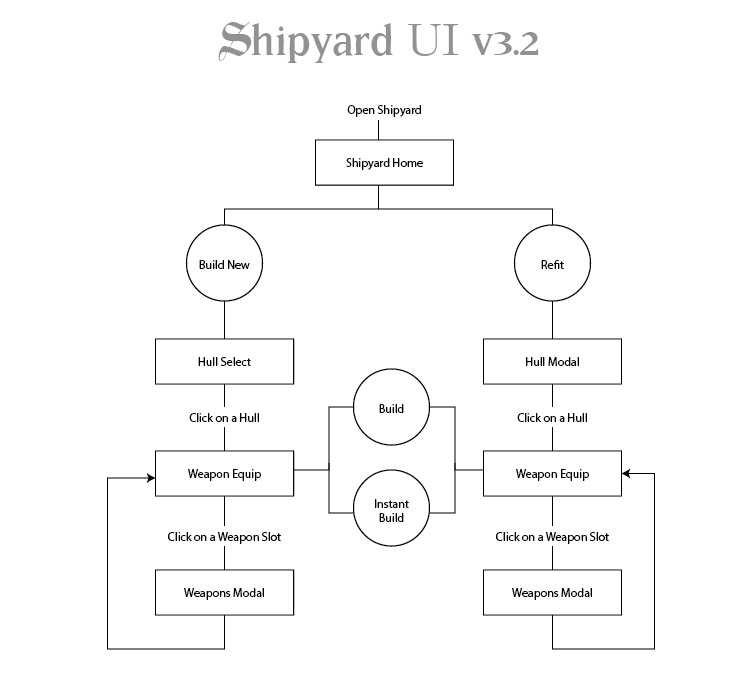 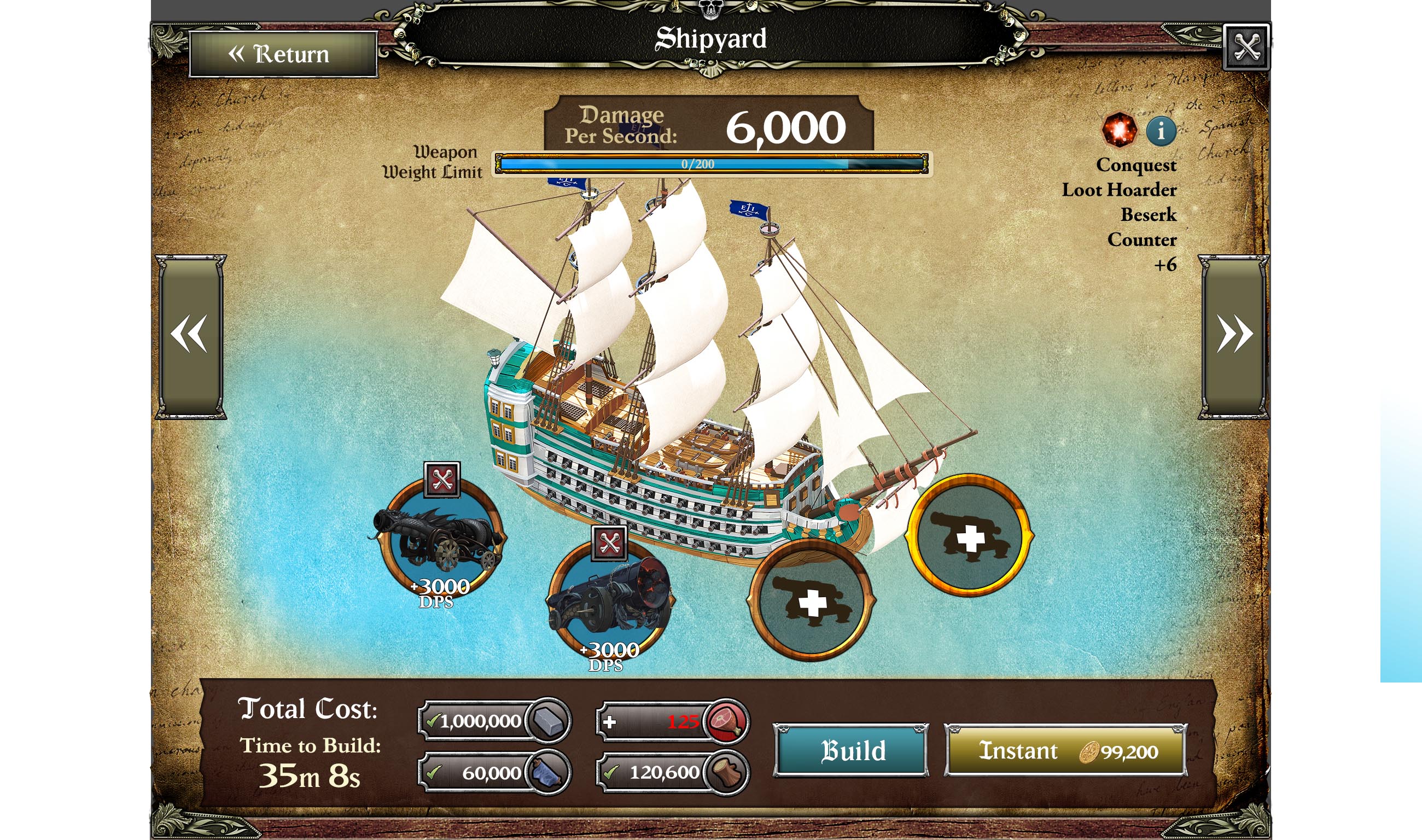 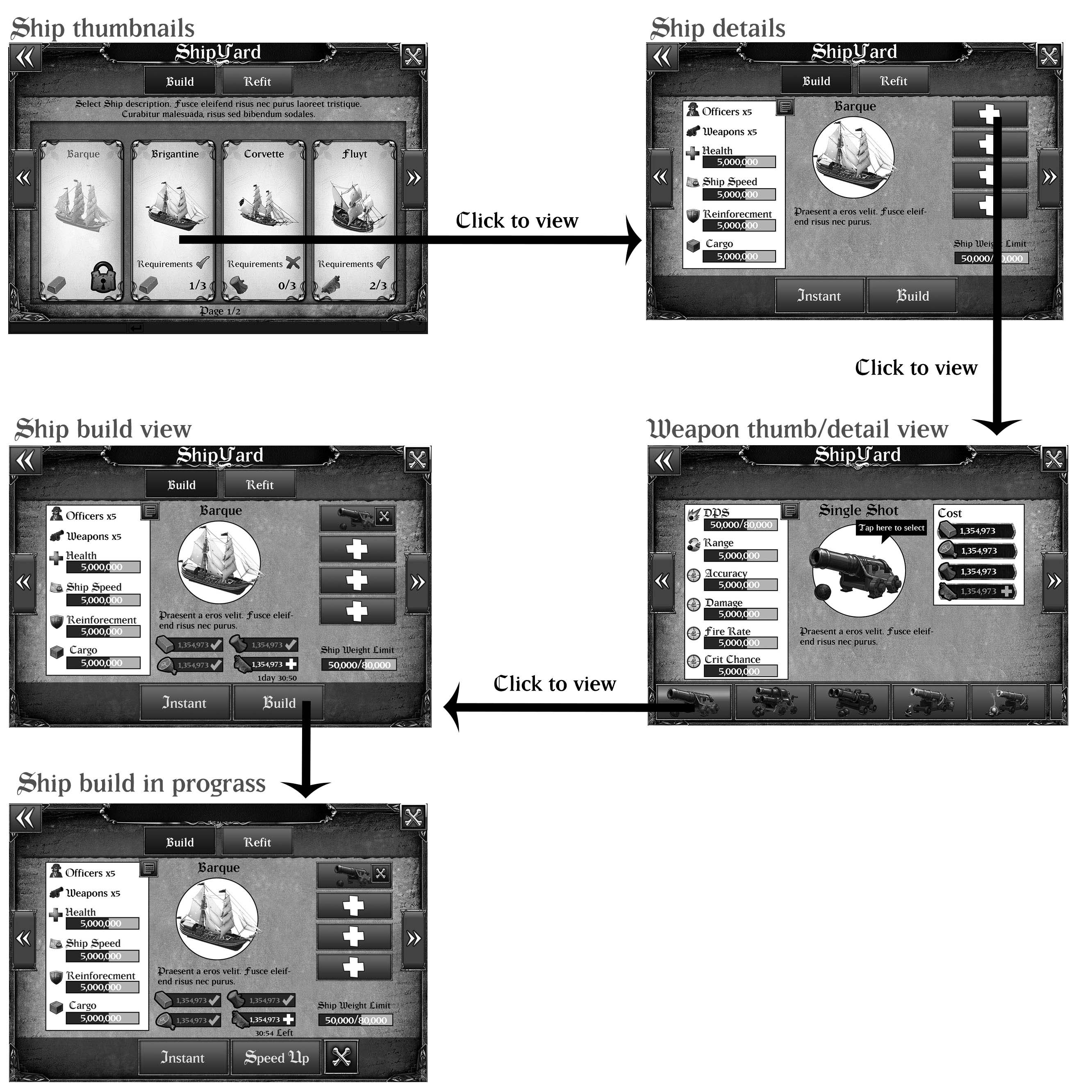 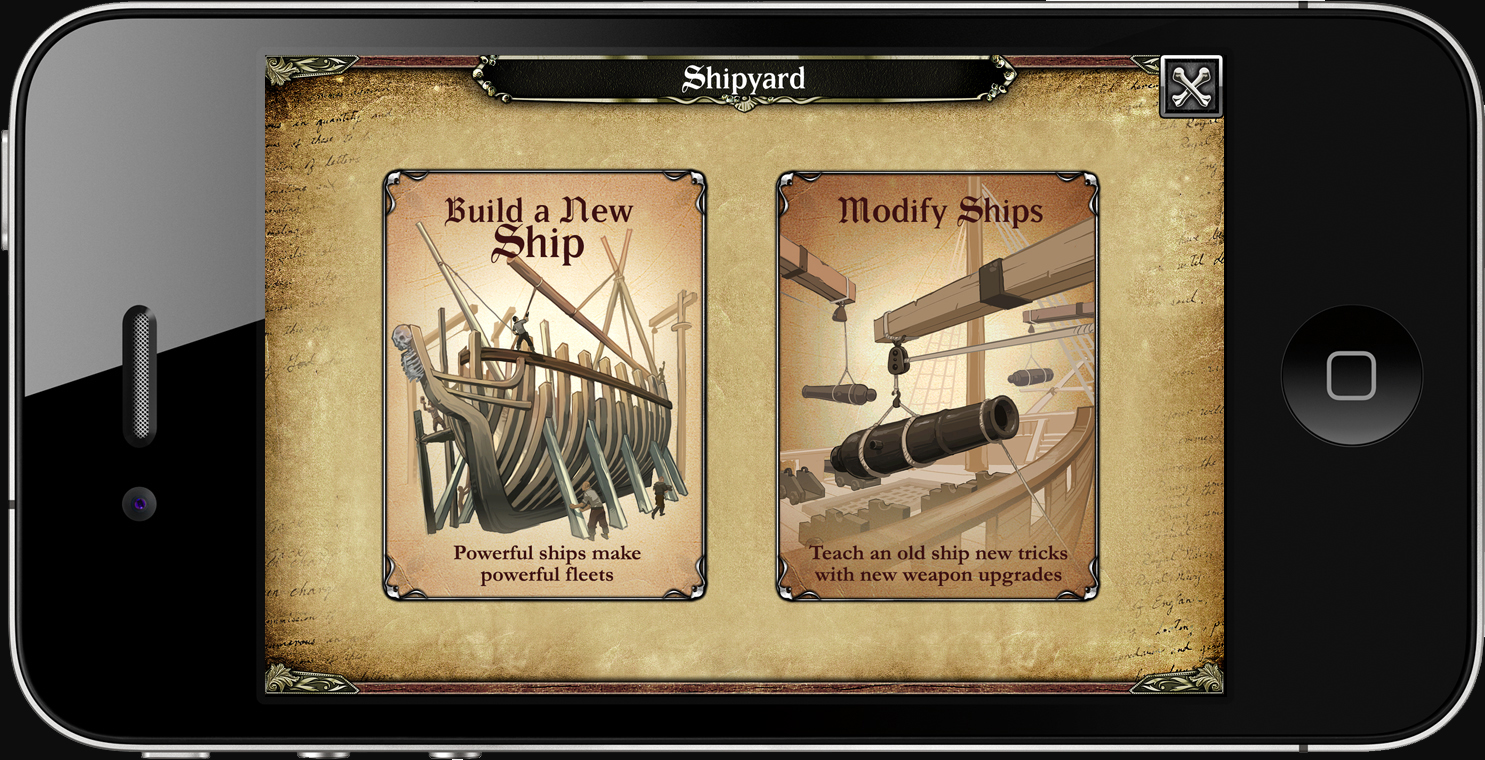 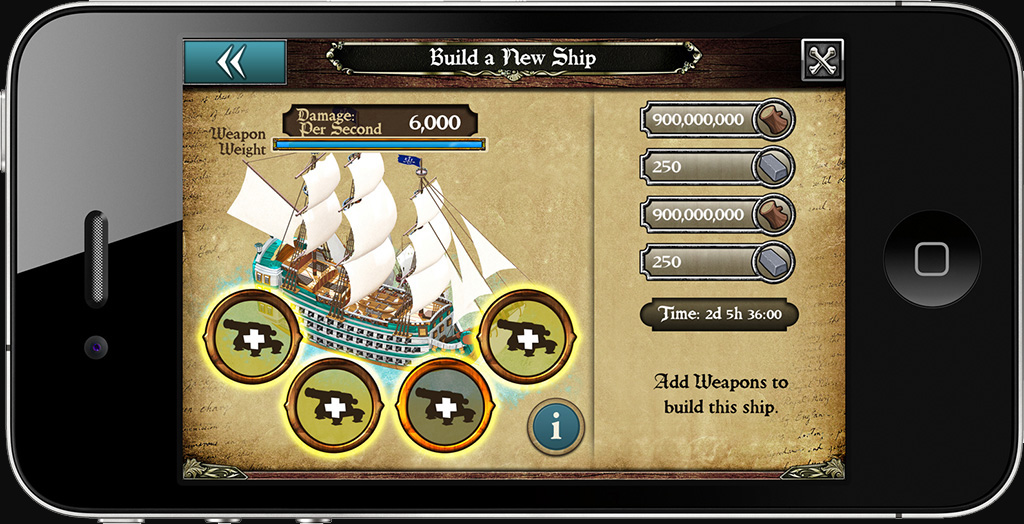 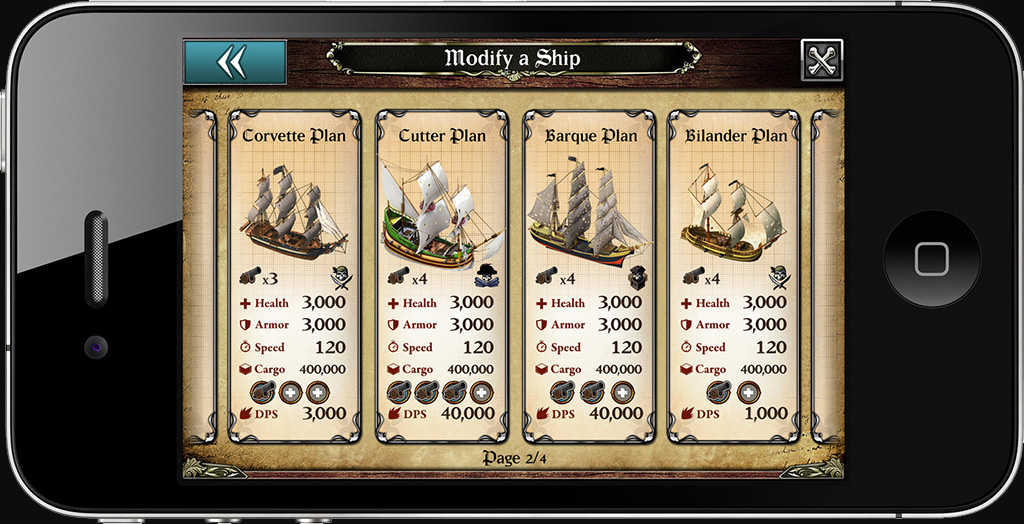 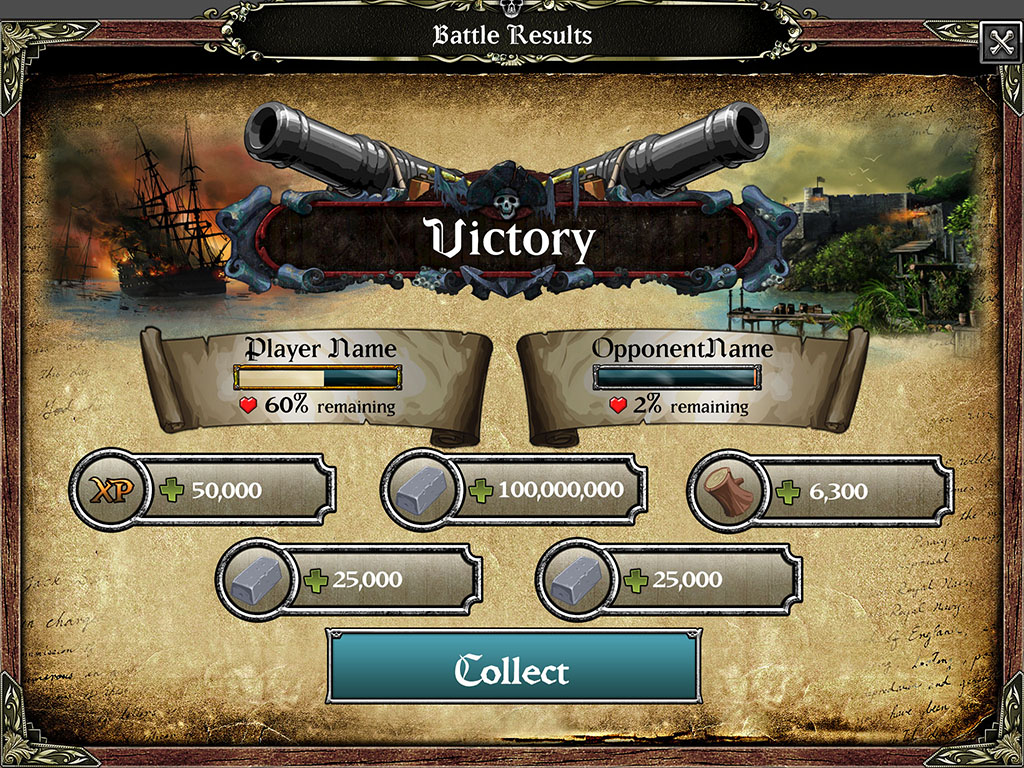 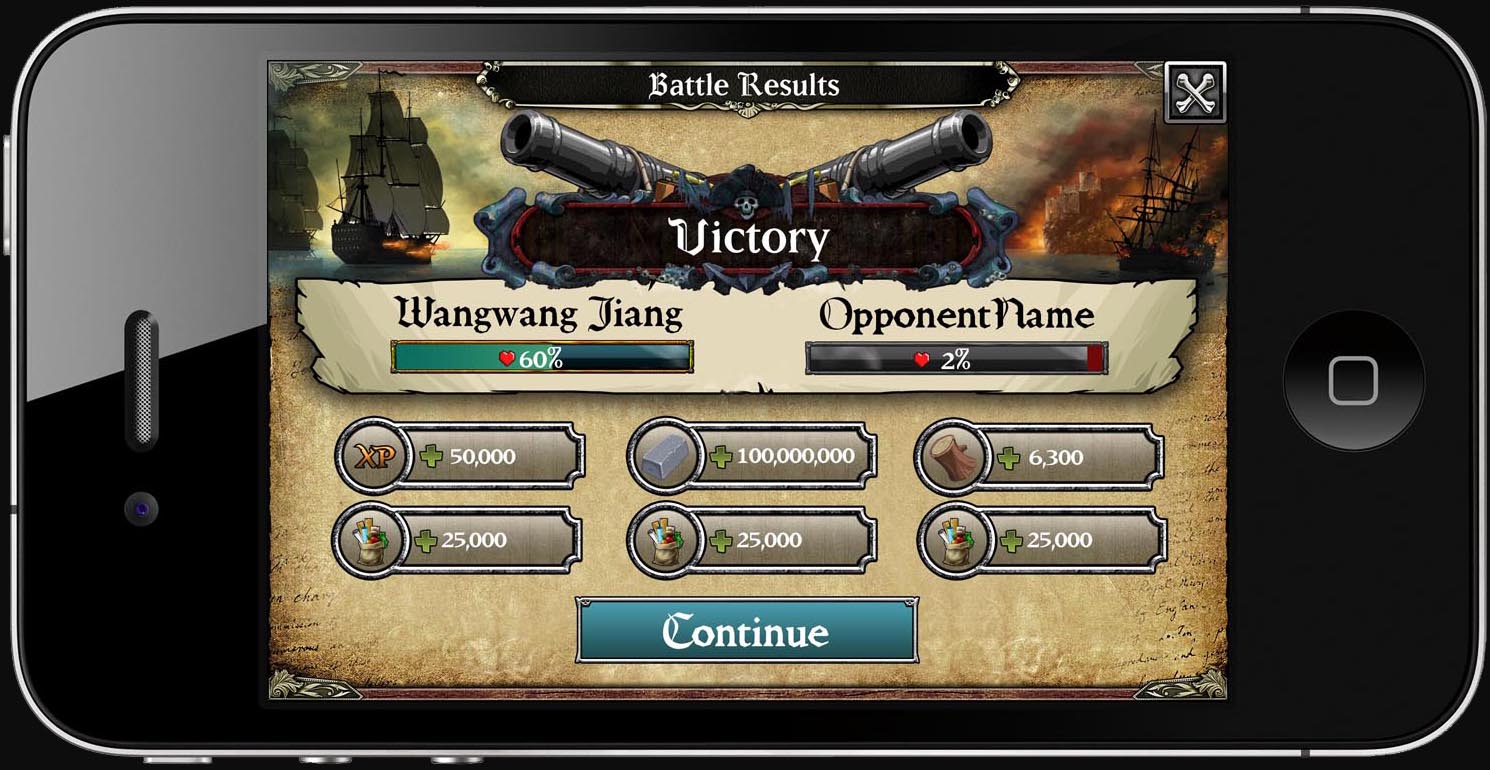 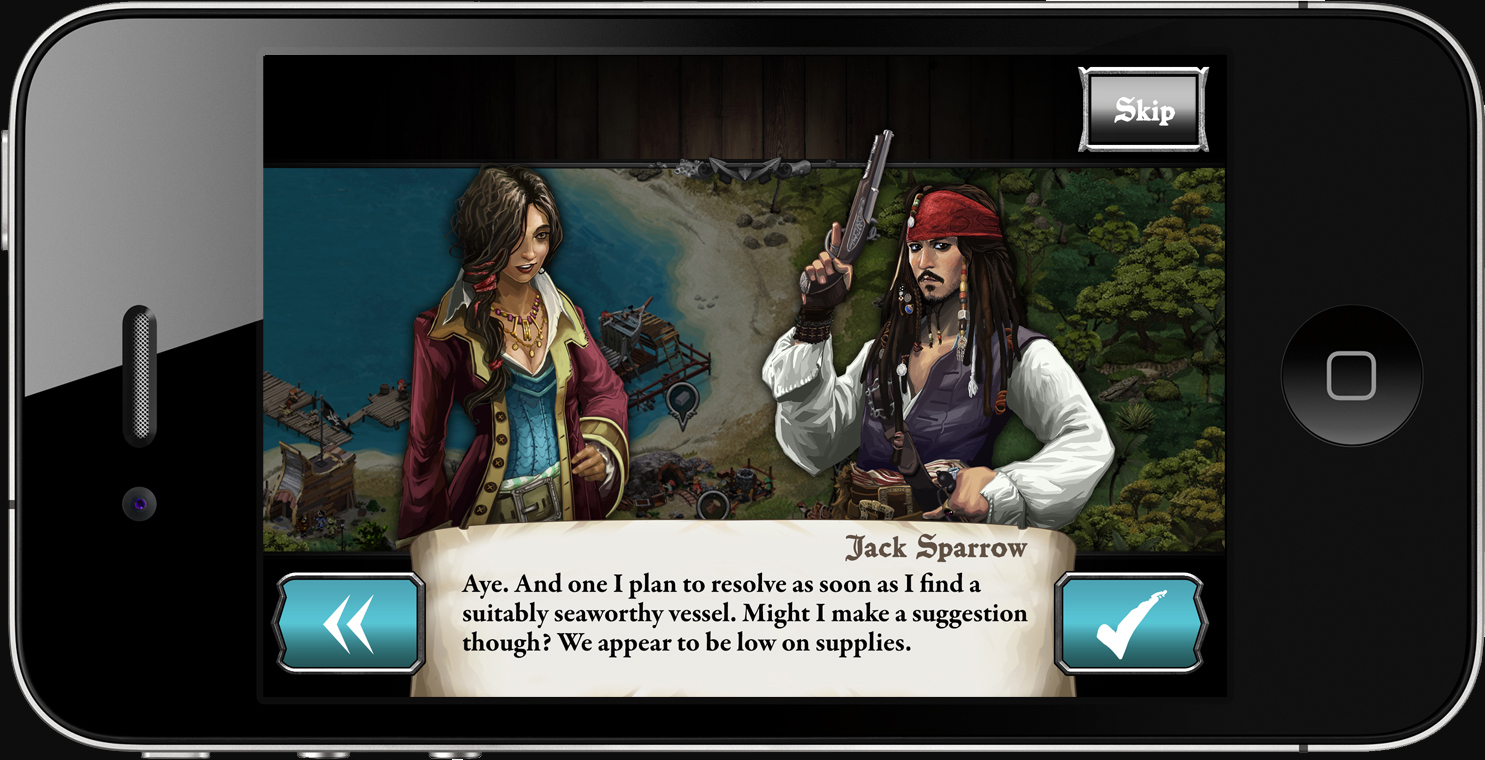 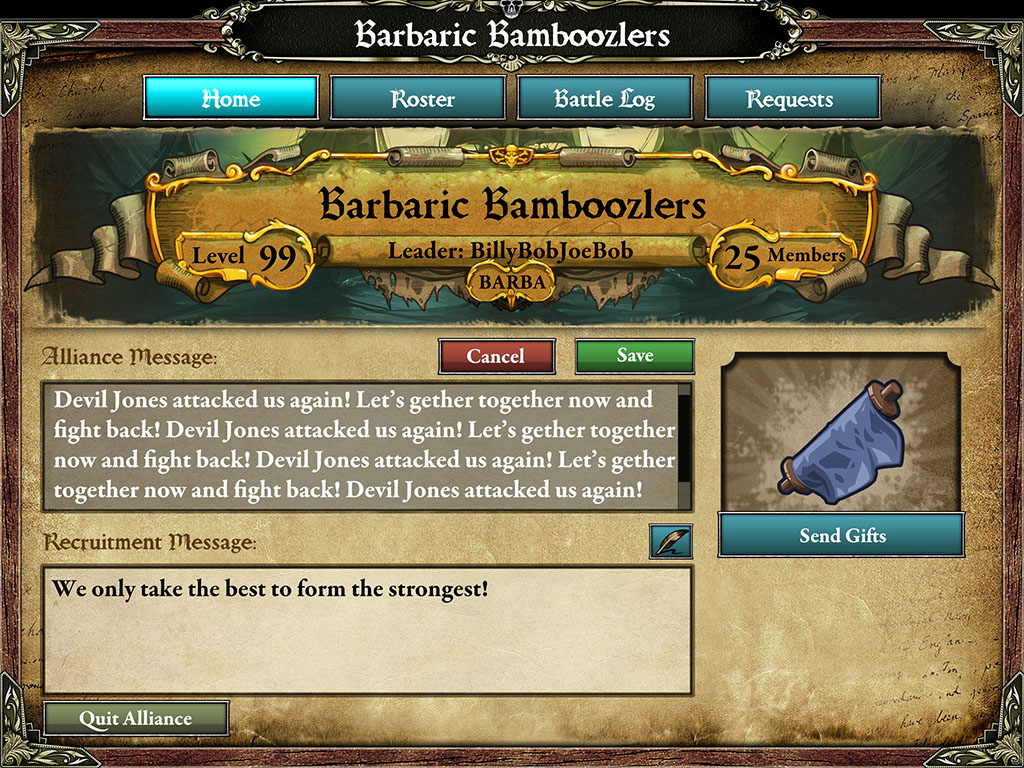 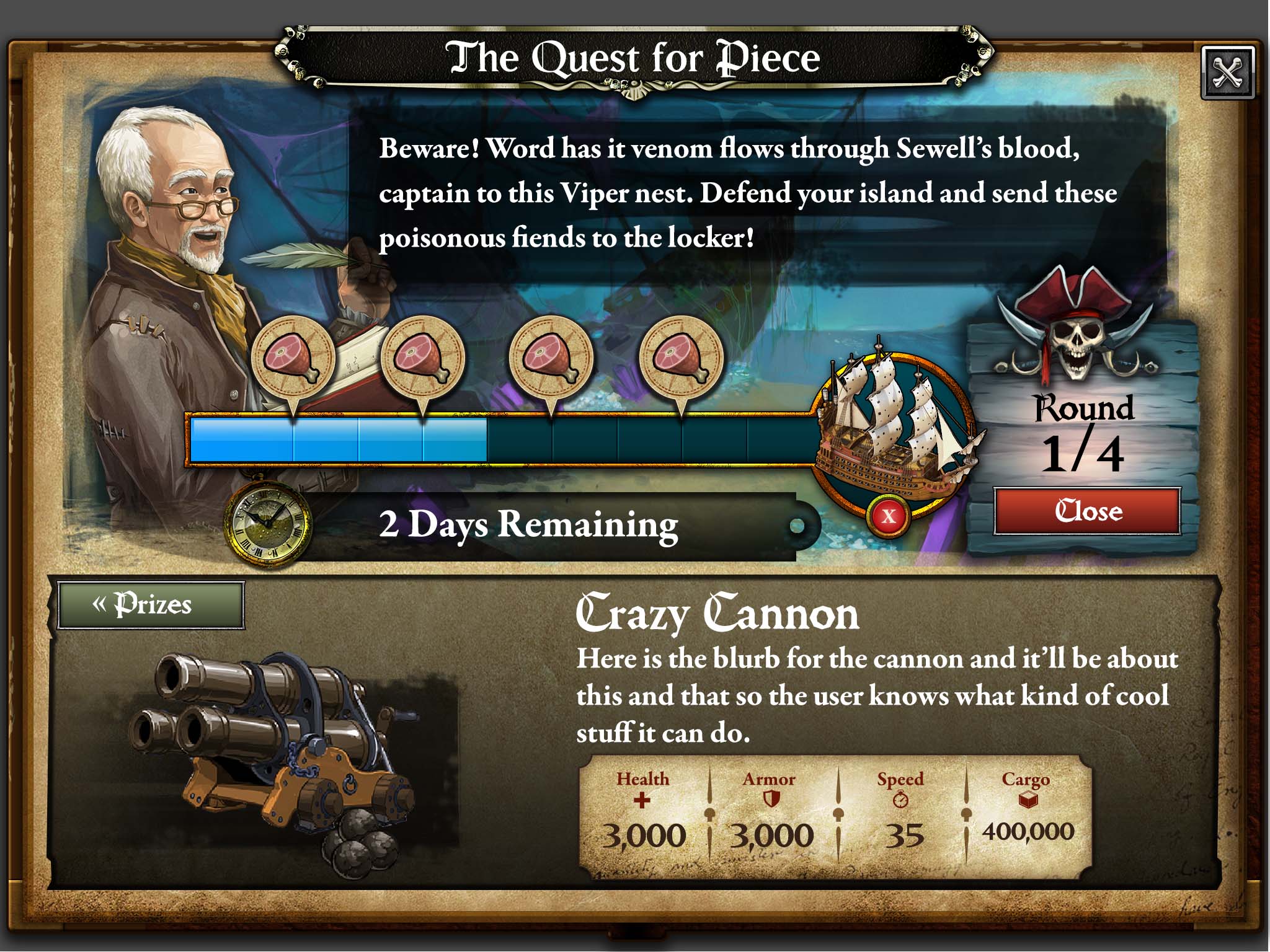 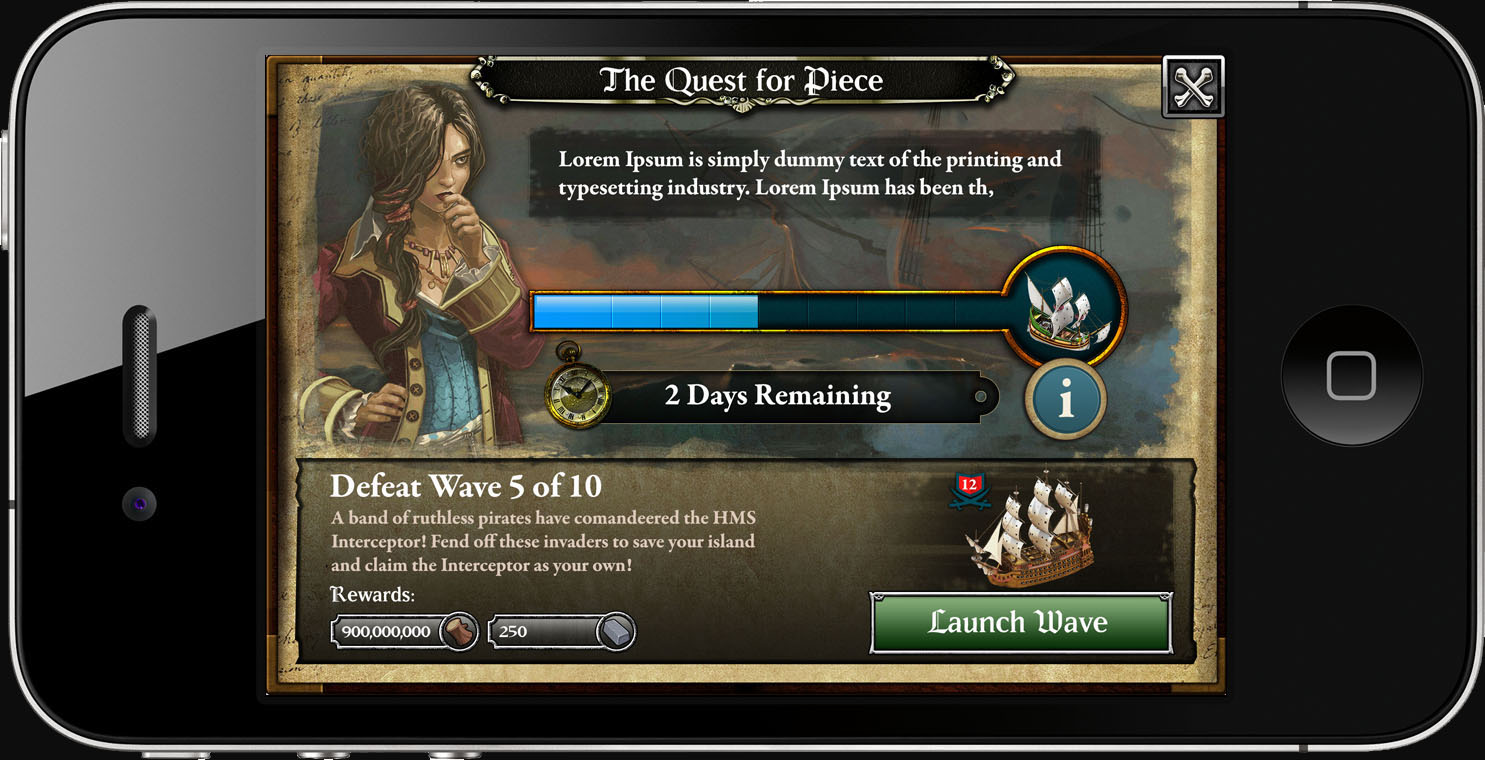 Research allowing construction of a new category of ship. 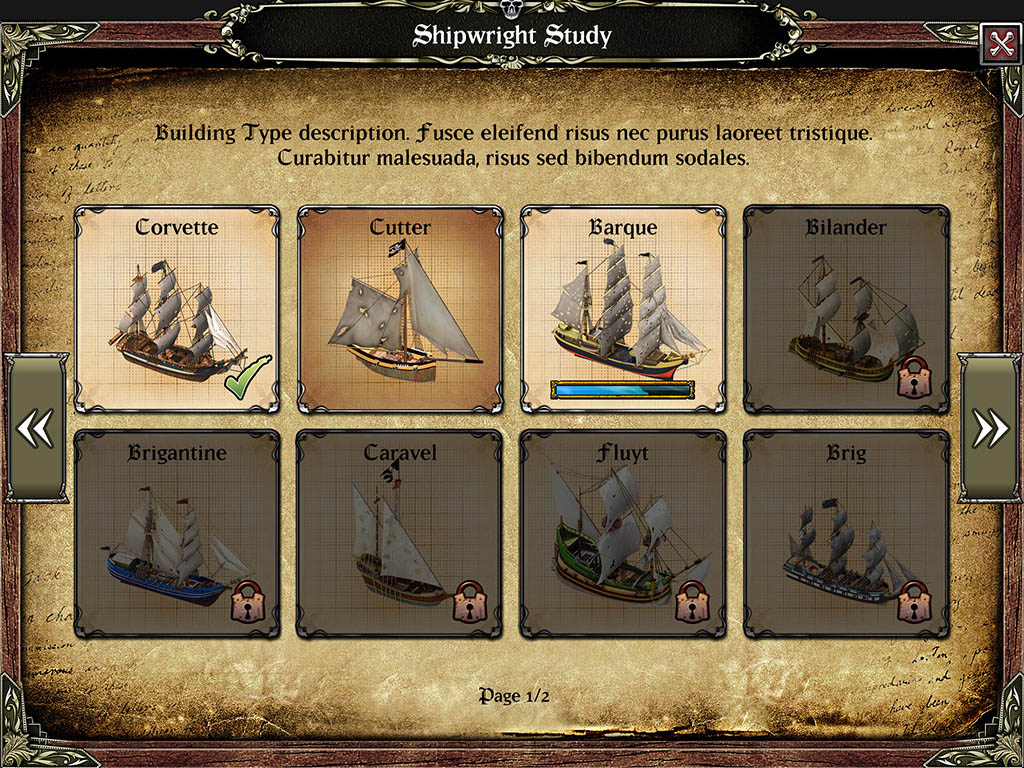 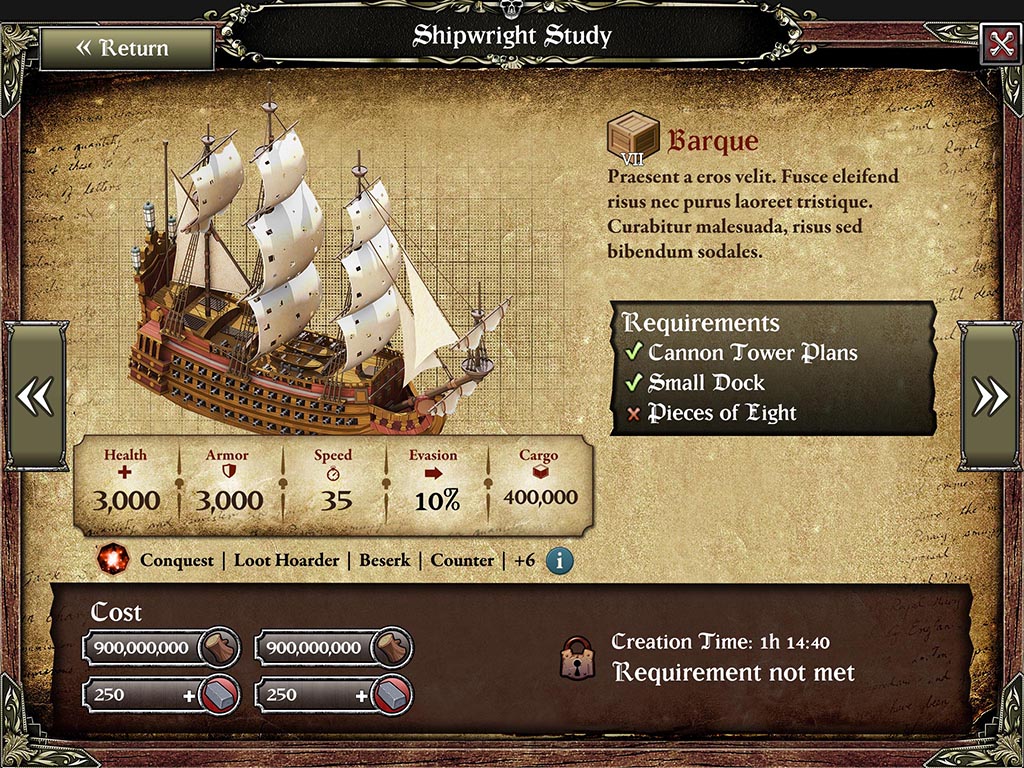 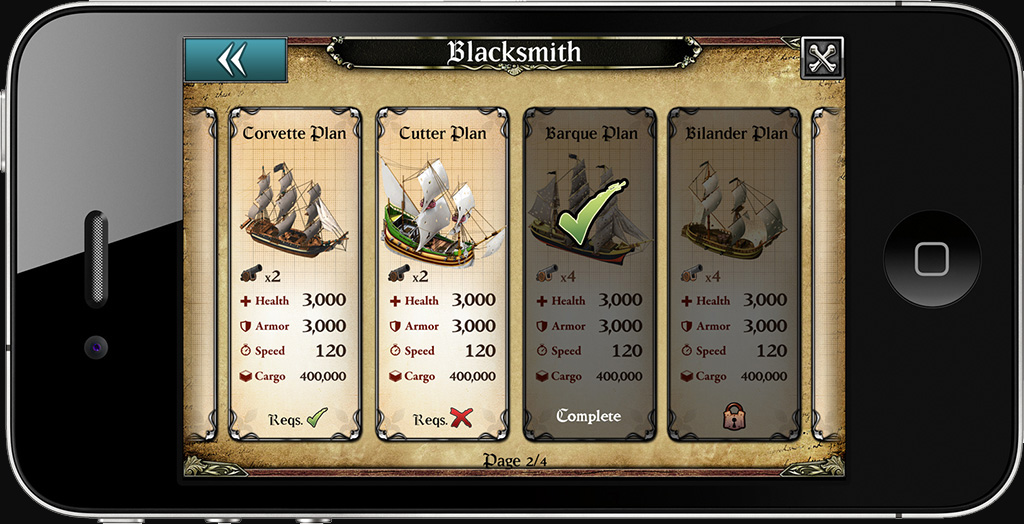 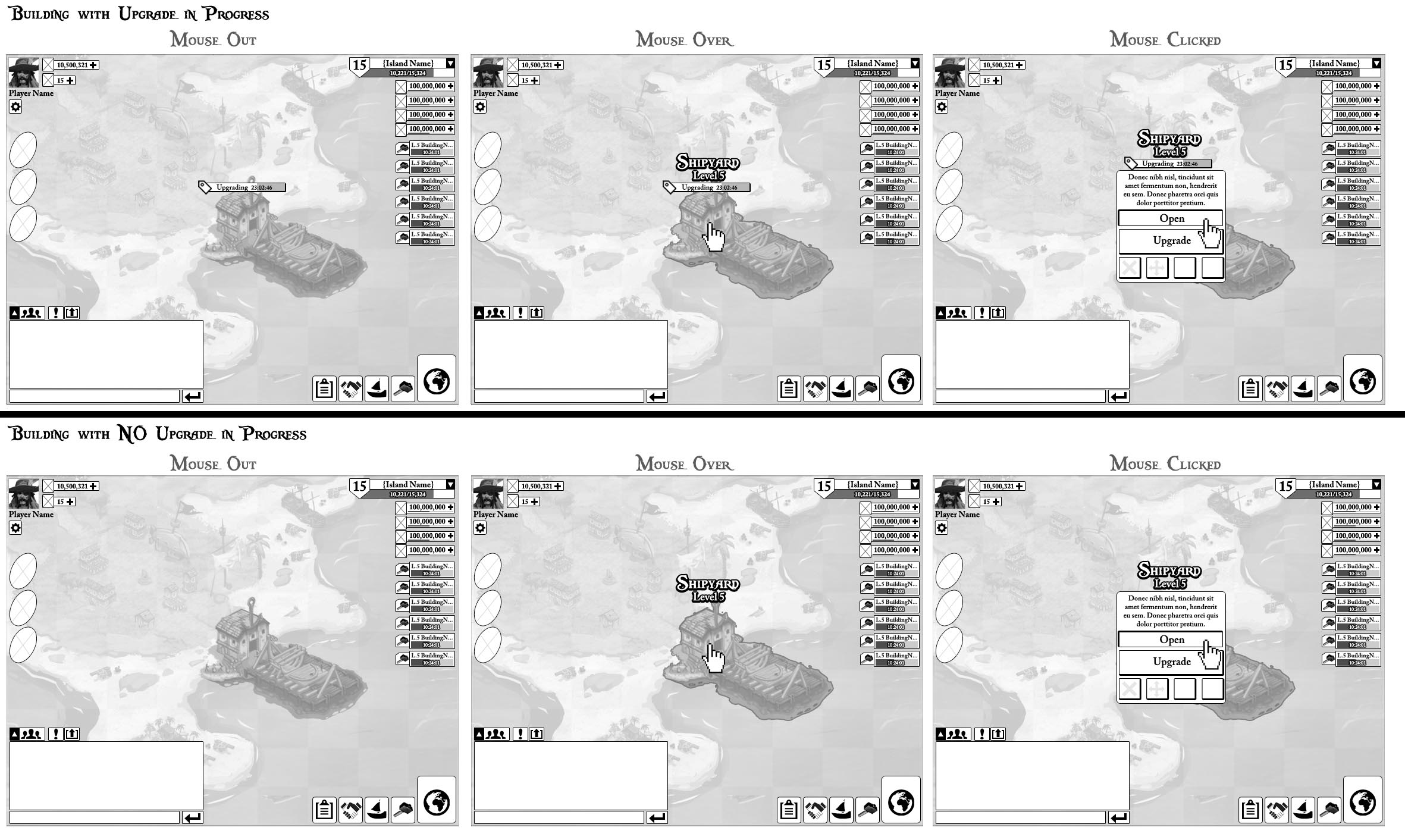